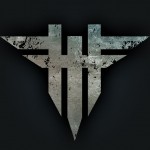 Never give up… Never give in… those words are the foundation of which Through Fire was born. This four piece hard rock band hailing from Omaha, Nebraska quickly caught the attention of several industry executive’s and they’ve recently inked a deal with Sumerian Records. With anthems such as “Stronger” and “Breakout”, Through Fire is here to make their mark in the rock world.

Comprised of lead singer Grant Kendrick, guitarist Justin McCain, drummer Patrick Mussack and bassist Jesse Saint, the bands live show is sure to rally fans throughout the world. Set to release their debut record and impact radio in 2016, Through Fire will be touring heavily and making a statement in today’s music scene.